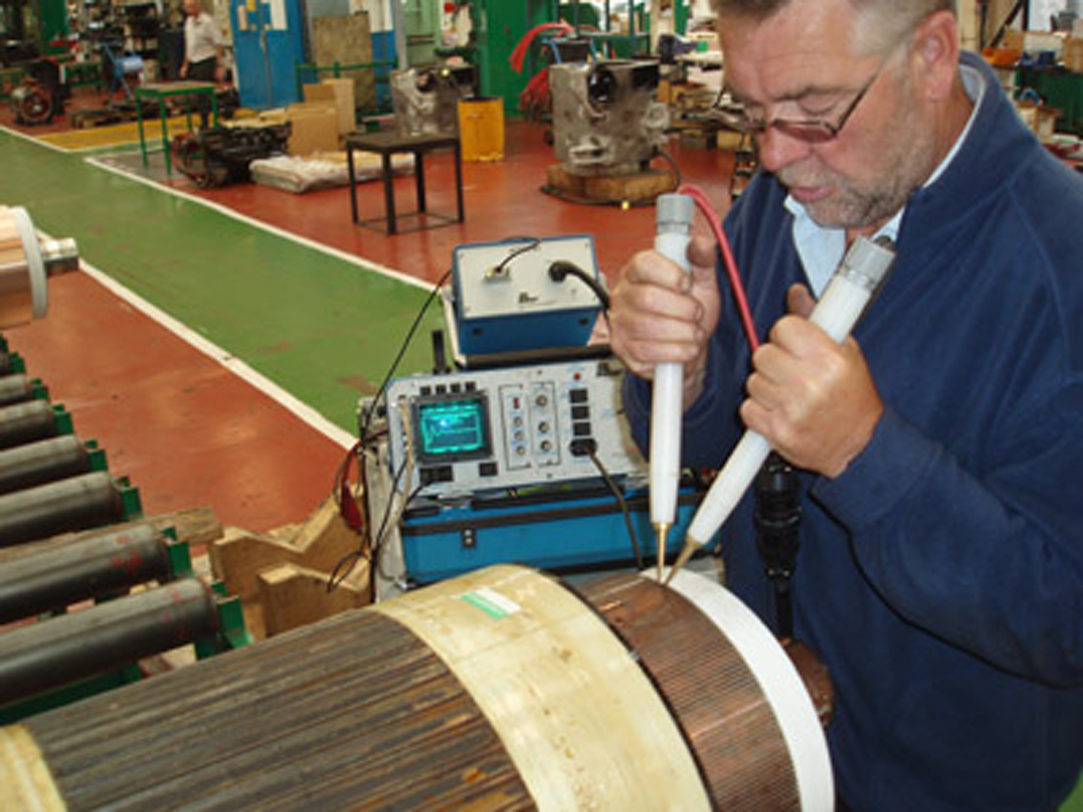 The Heritage of Brush Traction at its 70 acre site in Loughborough stretches back to 1864, when the Henry Hughes Locomotive Works was established to service the rapidly growing need of the Victorian railway age for locomotives. Through various company acquisitions and mergers Brush Traction is now an autonomous part of the Brush Group which also includes Brush Electric Motors and Brush Transformers.

Brush Traction is now positioned as a one stop shop for the servicing and repair of all aspects of locomotive electric traction motors, this also includes diesel electric generator sets both DC/AC, alternators and auxiliary motors; in addition bogie frames and wheels sets are built and serviced at their Falkirk plant.

Back in the 1970s the company built for British Rail the original HST power cars and has recently won the contract for the overhaul of 80 of their traction motors. The design and construction of the Channel Tunnel, 7MW Shuttle locomotives was another success for the company and these now being are returned in rotation for servicing.

Advanced analysis and motor testing systems have been established as part of the company's quality and reliability programme. Whitelegg testers play a significant part in motor testing with the provision of a surge tester along with a high current bar to bar test unit designed to maximize motor testing effectiveness in a lightweight, rugged format.

The units are used to carry out a number of standard tests on DC and AC motor fields, including alternators, auxiliary and compressor motors to detect interturn shorts. The instrument is also used for testing AC traction motor stators, these being asynchronous induction motors.

At Brush the tester provides winding resistance, DC flash and surge tests, with the ability to store and down load up to ten sets of test results. An additional unit, the bar to bar unit, can be used in conjunction with the main tester to provide testing for DC armatures.

Surge testing is the only method of detecting weak turn to turn insulation (copper to copper) which will eventually lead to premature motor failure. The surge test works by sending high voltage impulses into the winding, creating a potential difference between the turns

The enthusiastic champion of surge testing at Brush is Machines Engineer, Julian Critchlow who became aware of the technology through colleagues in the industry.

Having now worked with the tester for several months he is enthusiastic about its capability to undertake all the standard motor test procedures as well as the important surge test. "Apart from being the industry standard in motor fault analysis its capability to produce reports and trending analysis makes it an amazingly useful tool, the suite of tests being comparable from one sheet. Customers are now coming to me requesting that the surge test forms part of the contractual obligation for quality assurance and the sale of historic trending from a series of traction motor tests is a useful revenue stream for us"

NOTE: The surge test unit has been used by Brush during motor normal overhaul to avoid in service failures due to interturn shorts. Typically a failure of a motor in service under warranty can cost up to 50k to rectify, which includes the repair, removal and re-fitment costs incurred by our customer and any fines from Network Rail for blocking the line.