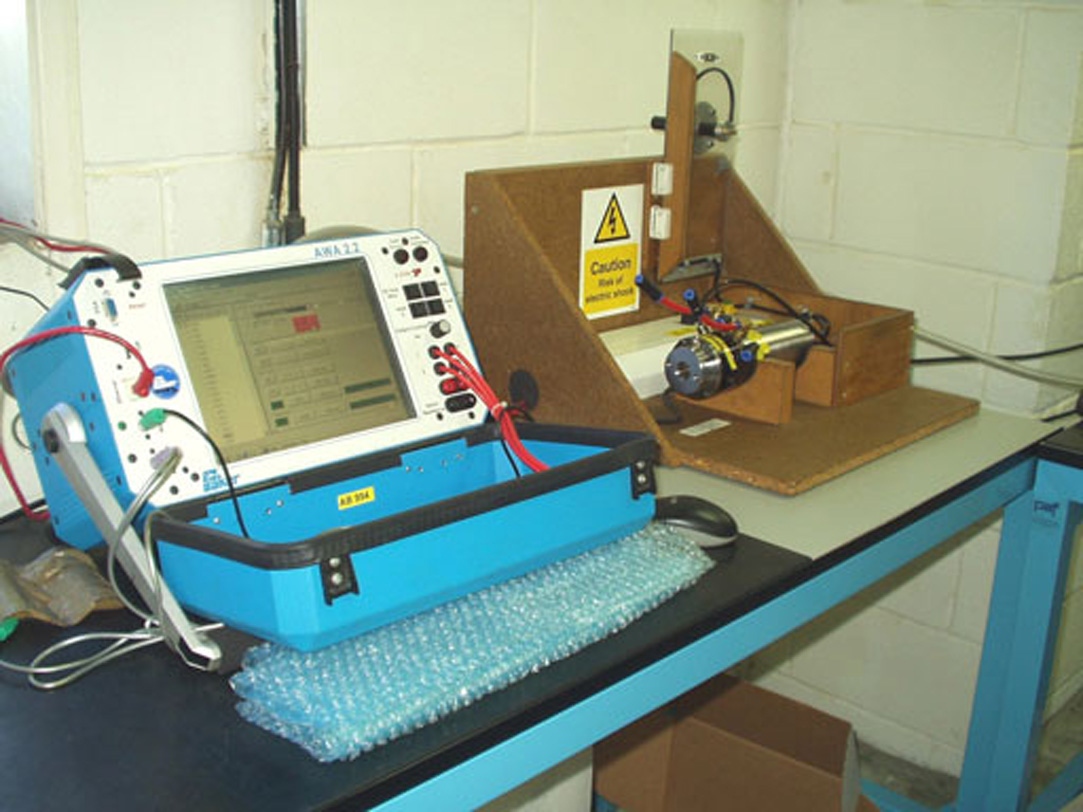 Air Bearings Ltd (ABL) of Poole, Dorset, are Queen's Award winners for Export and Innovation in the design and manufacture of high speed air bearing spindle motors. Their use of the Whitelegg analyser enables rapid testing of each motor ensuring total quality control.

Non contact bearing systems offer significant advantages over other low friction devices. In an air bearing the surfaces in motion are separated by a thin film of pressurised air acting under the laws of physics.

ABL excels in the design and application of these bearings into high speed spindle motors. Their output is mainly directed to the PCB drilling industry, world wide. The boards typically end up in mobile phones, cameras and miniaturised comms equipment.

The drills with their 2.5 Kw and below, fractional motors can operate at speeds up to 350,000 rpm driving a 0.1 mm diameter drill bit, fashioned from high grade carbide.

With total volumes reaching 1500 units a month made up of a wide variety of sizes the need for a vigorous testing programme is essential.

Each unit progresses through a number of build stages with appropriate QA approvals, with the motor and stator being tested individually before assembly and the complete unit after assembly by a Whitelegg supplied 2,2 kV testerr.

The winding analysers are specifically designed to test the insulation system of electric motors with tests including a winding resistance test, a meg-ohm test, a PI test, a DC step voltage test, and finally a surge test.

The surge test is the most important test offered as it is able to detect weak insulation between turns, coils and phases prior to the motor displaying any symptoms of a fault. The non destructive nature of the surge tests are an important factor.

It should be noted that the well known 'Megger' test is widely used for testing motors, but, most importantly, a Megger and other typical testers cannot detect weak insulation, turn to turn (copper to copper).

The choice rested on, amongst other aspects, the automatic testing with PC-control, with comprehensive database software and being very easy to use.

Professional colour test reports can be created quickly via the unit, or on an office PC using the desktop software supplied with the test unit.