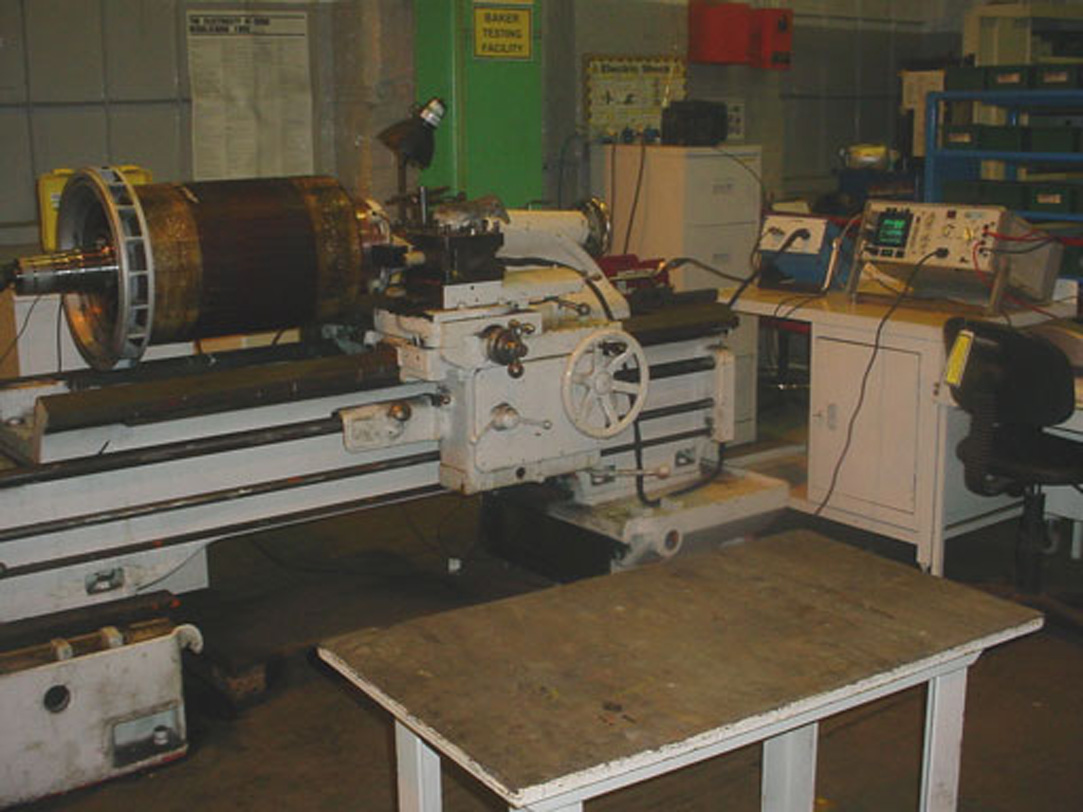 Bombardier Transportation has its global headquarters in Berlin, Germany with a presence in over 60 countries. It has an installed base of over 100,000 vehicles worldwide. The Group offers the broadest product portfolio and is recognized as the leader in the global rail sector.

Within the UK Bombardier has established a world class engineering maintenance and repair site based at Crewe, the historic railway engineering town established by the Midland Railway in 1839.

Though railway vehicle construction ended at the Crewe site in 1991 with the completion of the Class 91 fleet for the East Coast Main Line, over 587 people are currently employed on, amongst others, component repair & overhaul of bogies, wheelsets and gearboxes; and electrical traction motors and control equipment.

The major thrust of the Works is the repair and refurbishment of traction motors, both AC and DC and their related wheel sets and bogies. Capacity is up to 70 motors per week. Within a locomotive there are 4 6 power wheel sets with one motor per set. Each motor is of course vital to the combined power train with any failures leading to performance fall off and critical network operational issues.

Advanced component analysis and motor testing systems have been established which are contributing to significant increases in mtbf and unit availability.

Whitelegg Machines' testers play a significant part in these reliability improvements with the provision of a 12kV surge tester designed to maximize motor testing effectiveness in a lightweight, rugged format.

Bombardier use the tester units to carry out surge tests on DC motor fields, interpole coils and armatures to detect interturn shorts with motor types ranging from series to separately excited. The instrument is also used for testing AC traction motor stators, these being asynchronous induction motors. The 12kV tester provides winding resistance, DC flash and surge tests, with the ability to temporarily store up to ten sets of test results. Results can be printed out via an Inkjet printer. An additional unit, the AT-101 bar to bar unit, is used in conjunction with the 12kV to provide surge tests for DC armatures.

Surge testing is the only method of detecting weak turn to turn insulation (copper to copper) which will eventually lead to premature motor failure. The surge test works by sending high voltage impulses into the winding, creating a potential difference between the turns. The resultant sine waves should match each other closely when comparing like for like windings. When a weak area of insulation is present in a coil it allows an arc to occur between two turns, the inductance of the coil will change, causing the waveform to shift to the left, thus signifying a fault.

The Insulation Resistance (Meg-ohm) test is widely used throughout industry for testing motors, and many users take the results as a clear indication of motor/winding condition.

However, since the Insulation Resistance (meg-ohm) test only considers the insulation between the windings and the frame (earth), it leaves part of the insulation system untested. Several studies over the years have proven that a high proportion of motor failures start off as turn to turn weakness. Over time, this weakness worsens, eventually leading to a dead short to earth on the coil. In AC & DC motors, a dead short spells the end of the motor operation in service, and the motor would not be usable for service until the coil has been replaced by a motor over hauler, which requires the motor to be removed. Circulating currents cause excessive heat, which attack the weakest areas of insulation, such as the paper slot liners. When the slot liner fails, the motor will fail to earth. Surge testing can be used to detect weak turn to turn insulation, prior to motor failure, thus preventing in-service failure.

The surge test unit has been used by Bombardier Crewe during motor normal overhaul to avoid in service failures due to interturn shorts. Typically a failure of a motor in service under warranty can cost up to 50k to rectify, which includes the repair, removal and re-fitment costs incurred by our customer and any fines from Network Rail for blocking the line.

The surge tester has also been utilised as part of our motor insulation enhancement work. The surge test is used to check that the interturn insulation is intact. This avoids the need for significant rework and avoids processing bad coils through the re insulation process.