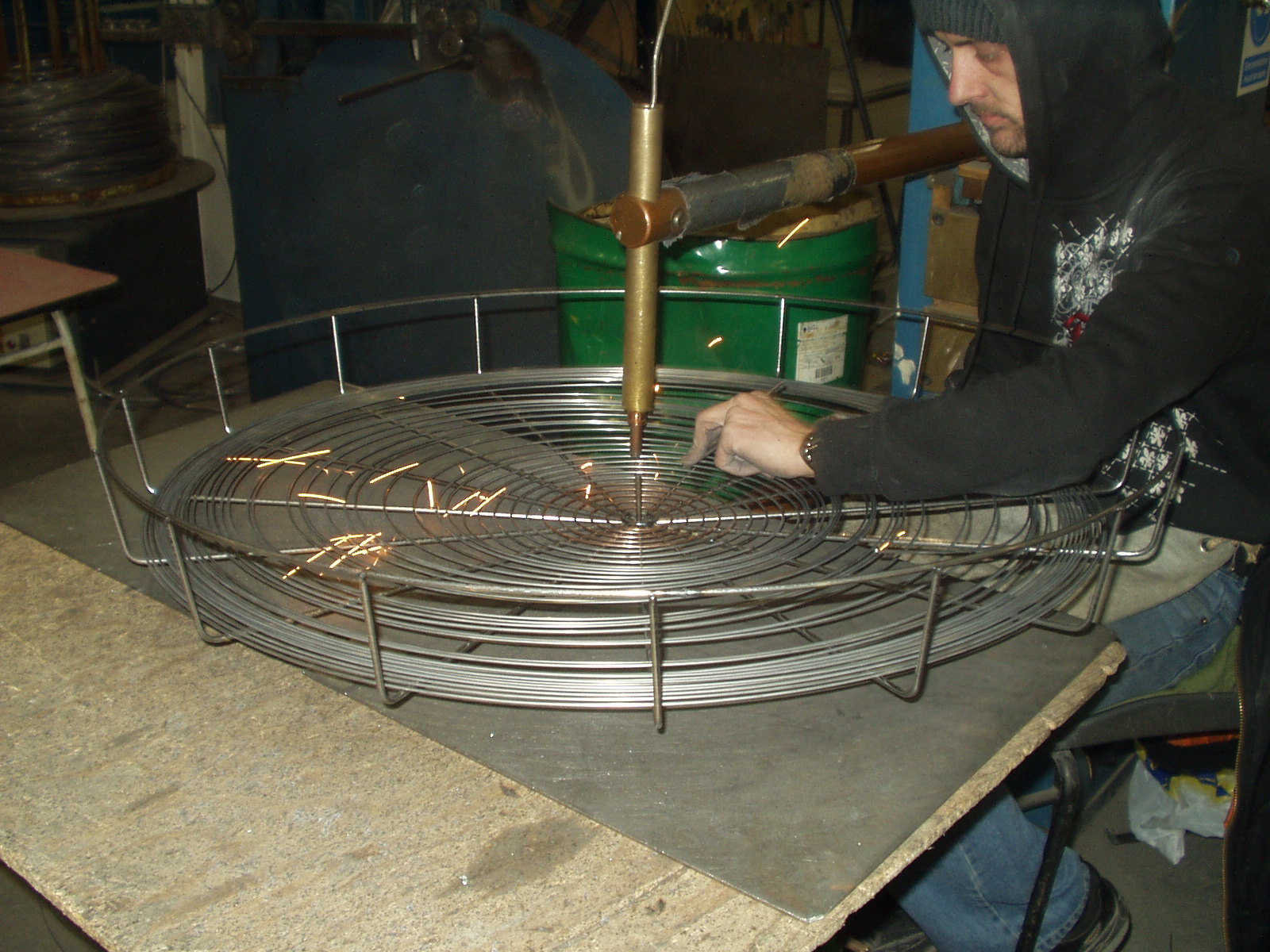 From Dart Boards to Fan Guarding, Cowell and Cooper, masters of the art of wire bending and forming Established as family firm in 1945, Cowell and Cooper have developed a specialist wire forming and assembly business in the production of guarding for fans, belt drives, blowers and heat exchangers.

Manufacturing methods relied on older cam driven ring coilers and 2D wire forming machines with hand assembly and welding to the fore. The old machines have served us well for many years and may still have their place for very small batch runs but their relatively slow and labour intensive nature are a disadvantage.

It was the relentless pressure on prices bought about by the rise of Chinese manufacturing which saw much of the company’s bread and butter business moving to the Far East. As a consequence management repositioned the company to serve the specialist, shorter run jobs and further sought production cost savings.

Simon White, production director at the company, realised that their existing machinery was near life expiry and commenced looking for upgrades.

He had been aware for many years of the Whitelegg Machines’ CFM range of CNC wire forming and welding machines, many of which were in use in the UK and world-wide.

The Whitelegg butt welding system handles standard as well as stainless wire and gives a burr free, accurate, end on end weld; of importance where accurate concentric rings for guarding are concerned.

A special back plate allows for rings of up to 2000mm to be produced with a smallest diameter possible of 60/70mm.

The Computer control of the CFM allows for a series of programmes to be run without supervision. The machine automatically moves from one product size to the next with an output of at least 500 units per/hour.

This flexibility enables Cowell and Cooper to offer a fast response, specials service as well as economic, longer production runs. The machine has generated so much interest in their client base that the company has been approached for sub contract work.