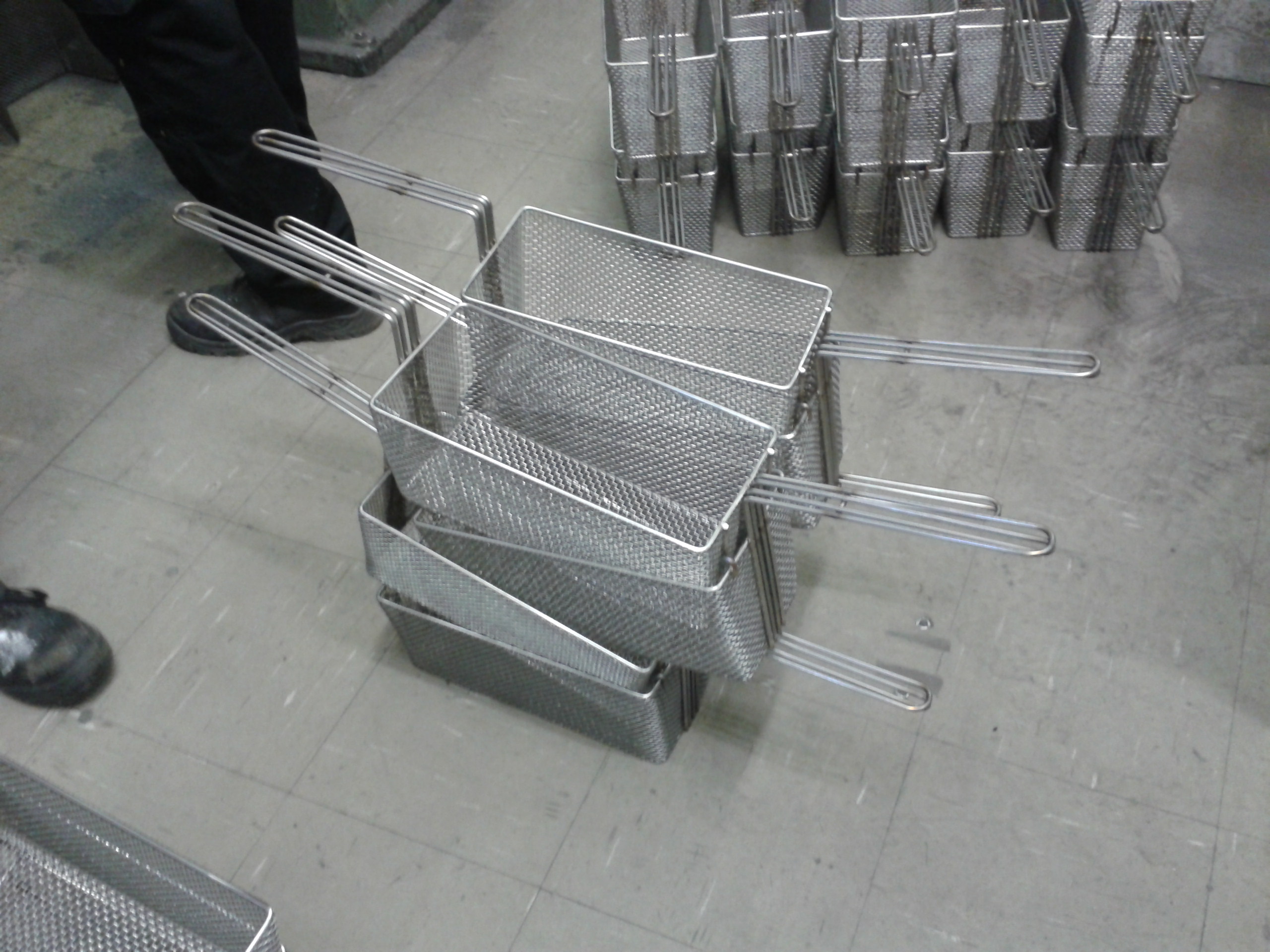 Established in 1982, Multimesh has developed its reputation through a creative and flexible response to its customer's needs with the capability to produce either short-run, tailor-made specials or lengthy production runs

With its motto of 'Making Wire Work for You', the company's 30.000 sq foot St Helens facility with over 50 employees, serves growing home and overseas markets.

Output includes medical decontamination baskets and containers where the qualities of stainless steel enable them to stand up to repeated autoclaving. For the catering industry, products include trolleys, frying baskets, racks and cooling trays - items that have to withstand high temperatures and intensive hygienic cleaning.

The aerospace and veterinary industries are served by Multimesh's wide range of ultrasonic decontamination baskets, used where vital components in 'clean room' conditions are treated prior to assembly.

A considerable part of Multimesh's formed component output is from their new Whitelegg CFM 850 2D wire bender with automatic butt welding. Whitelegg has specialised in the development and manufacture of forming machines for over 50 years with sales worldwide. The latest CFM 50 series incorporates advanced software, new bend head operation and intuitive operator control.

This machine has specific additional features for processing stainless steel.

Prior to the installation of the machine, General Manager, Steve Watson had known of the CFM as he had been outsourcing pre- formed components from several suppliers who had their own machines.

Determined to have an in-house CFM, Steve contacted Whitelegg who suggested a visit to a client to view an operational machine. This proved the clincher and a CFM with automatic butt welding was supplied.

The CFM bought immediate benefits to Multimesh's output, not least being the simplicity of operation, allowing staff to set the machine through easy-to-follow on-screen graphics. The stainless coil feed wire passes through a three roller feed to straighten the wire in both horizontal and vertical planes. This ensures consistent forming by the bend head and accurate butt welding.

The CFM currently handles 304 and 316 grade stainless wire in 4mm and 6mm diameters. Typical output of a rectangular formed and welded component is 700 per hour

The introduction of automation processes often results in manpower reduction, but not only has the CFM bought Multimesh substantially greater production but sales have also increased as well as extra staff employed.